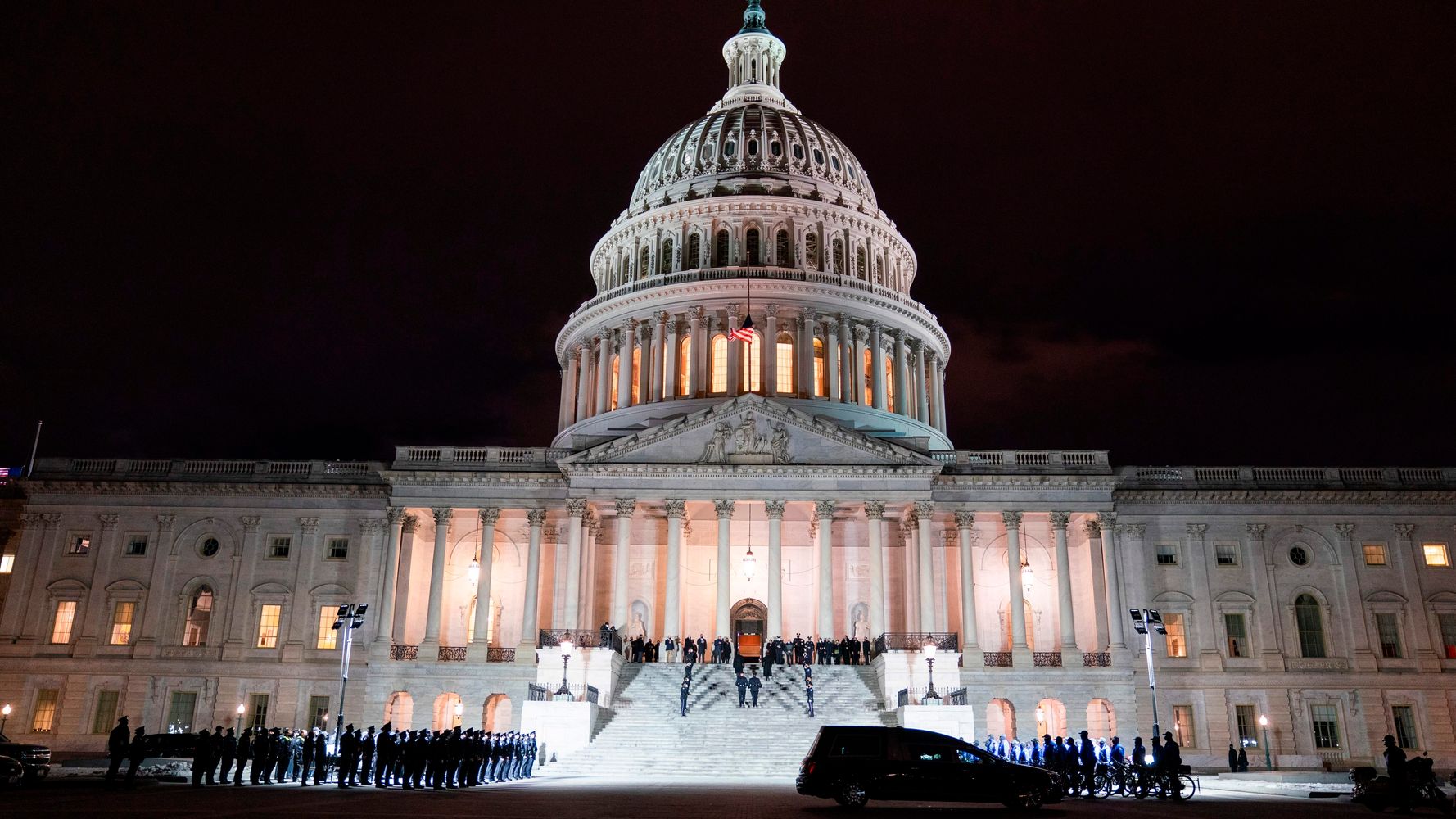 CNN and MSNBC delivered live coverage on Tuesday night of the memorial service for U.S. Capitol Police officer Brian Sicknick, who was killed in the line of duty when pro-Trump insurrectionists attacked the government last month.

Fox News didn’t bother. Instead, the right-wing network mostly stuck with its normal prime time lineup of opinion hosts, delivering only brief reports from the service for Sicknick, who was lying in honor in the Capitol Rotunda.

President Joe Biden and first lady Jill Biden visited to pay their respects, as did leaders and members of Congress. But Fox News viewers were treated to the usual assortment of conspiracy theories and grievances.

Progressive watchdog Media Matters collected screenshots of what Fox News viewers viewed during the service. On Twitter, the network’s critics couldn’t help but point out the gap in coverage:

CNN and MSNBC are covering live the ceremony in honor of police officer #Sicknick for last hour. Fox is not. Striking contrast.

.@CNN & @MSNBC are both airing live the ceremony of the arrival of the remains of fallen Capitol Police Officer Brian Sicknick in the Capitol Rotunda. @FoxNews is not.

The remains of fallen Officer Brian Sicknick have arrived at the Capitol rotunda.

I guess blue lives don’t matter much to them after all. #ShameOnFox

Fox News didn’t cover the memorial of Officer Sicknick—the Capitol police officer beaten to death Jan 6 by a mob of fascist insurrectionists who attacked the Capitol building. Fox News doesn’t care about cops. They only care about their own wild-eyed conspiracist narrative.

Fox News is not covering the ceremony in the Capitol for Officer Sicknick, who was killed during the January 6th attack. Disgraceful.

Amazing how fox and the gop pretend they actually care about cops. Cops are nothing but props for them to use when needed. pic.twitter.com/8BtpYUqg6V

I wonder why “pro-police” Fox News almost completely ignored Officer Sicknick’s memorial service at the Capitol. Might it have *something* to do with the fact that they repeated Trump’s Big Lie that inspired the insurrection nearly 800 TIMES and are complicit in his death?